Project outcome: Delivered on time and within budget

Result: Saved 20 hours of work per day by automating logistics at the head office and production facilities

This project and solution are the outcome of research done at the client's office, which involved detailed investigation of logistics operations and employee interviews. Conversations with employees and their resulting feedback is sensitive in nature. Care was taken to ensure that employees feel comfortable sharing their opinions and anonymity was granted on matters and information that does not need an author to be deemed valid.

Prior to the start of this study, several initial assumptions were made:

The above assumptions were tested in 3 independent stages:

During the conduct of this study, the following aggravating issues were identified:

In addition to the above, the initial assumptions were confirmed. As can be seen in Figure 1, employees spend a large amount of their time on tasks that can be automated, such as reporting, manual data processing and communication. Even though, communication will still be the most time-consuming daily task it is possible to simplify it and effectively cut it in half by implementing an automated notification system and a messaging centre that will give an immediate overview of the issue in question (e.g. details of a fulfillment order, carrier ratings, shipping line prices). 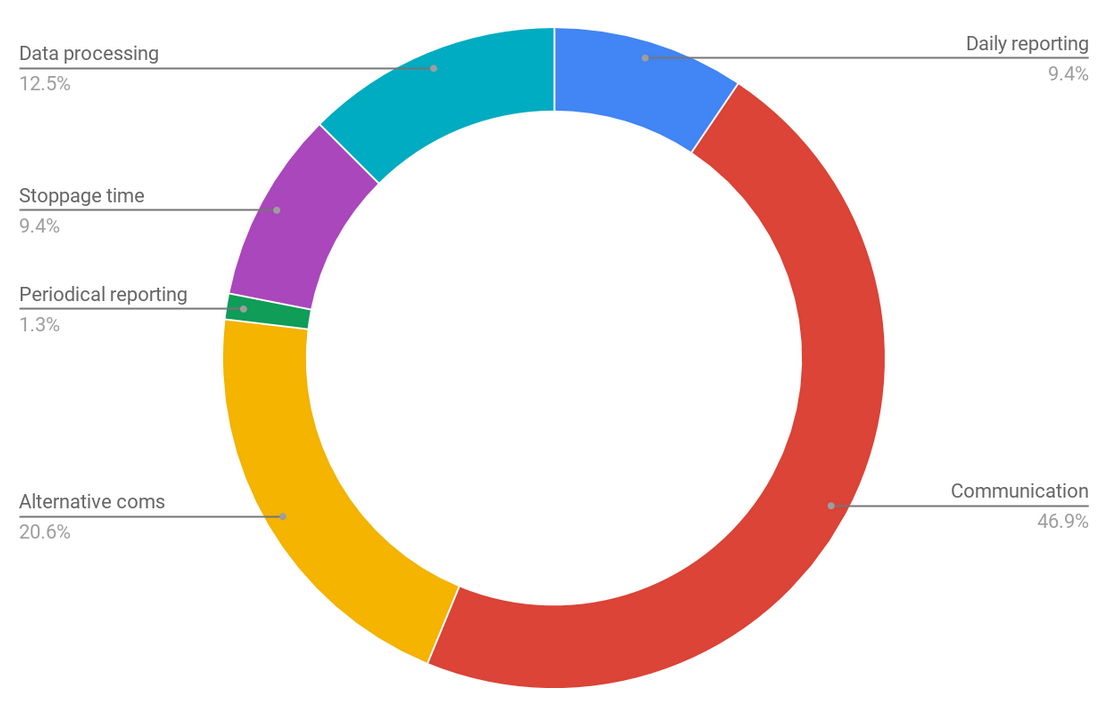 Furthermore, departments burden each other with requests for information that should be easily accessible for the department that needs access to it. Here is an example: the logistics department needs the reason a carrier rejected the tender that the CSRs sent to them, because they utilize this information for reporting purposes. However, quite often, to get this information they need to contact a CSR or search in an email folder. Not only should the reports be generated automatically, as the information needed for them is already stored in the company’s databases, but the departments that start certain tasks need to complete them and report on them themselves. The transfer of responsibilities between departments adds up to a large portion of the daily ‘Communication’ task visualized in Figure 1. Nonetheless, due to the time constraints of this study, it must be noted that empirical data to support such a claim has not been gathered.

Communication and planning is further hindered by the unreliable, slow systems in place. Departments, including plants and warehouses, are simply not on the same page, because the ERP system takes an average of 6 minutes to update. Consequently, the information may become outdated even before it loads. At the moment, employees try to refresh the data once every hour, as doing this more often would significantly increase stoppage time. Because changes are not synced automatically, the data displayed between updates is inaccurate. To solve the discrepancies that arise, employees resort to calling the owners of the information they need, in order to get an update (e.g. calling a warehouse to get an update on a truck’s status). Every call takes time.

The new system was built using Microsoft’s technology stack and will be hosted on Microsoft Azure. We utilized two databases - SQL Server for transactional data and Mongo DB for historical data. The latter allowed us to keep track of all changes that happen in the portal and log the date and time stamp of the change along with the name of the user who did the change. This will greatly increase the accountability of every employee.

The frontend was built following the SPA (Single-Page Application) model.

We integrated with the existing Oracle database to pull data at pre-determined time intervals and write information back via declared touch points. Should any field be modified in the Oracle database it will be synchronized automatically with the new system. Write access will be minimized to the bare necessities that will improve the company’s operations.

There were concerns that the new system will overburden the existing database server. However, any new load on the existing database was minimal and did not negatively impact the other systems in place. Ultimately, a significant load reduction was confirmed with the launch of the new system, because each employee no longer made pull requests individually. Our system keeps up-to-date data for everyone and limits access to it based on the departments the users belong to and their individual roles.

The fulfillment lifecycle follows a pre-determined workflow. Therefore, it was beneficial to employ a Kanban board to display the orders for the employees to work on. Each order flows from one column to the next, based on its state. Paired with the departmental and individual user permissions this means that each department sees the piece of the Kanban board that pertains to their role in the lifecycle of each fulfillment order. This reduced clutter and allowed our client's employees to focus on the information they need, which is available either directly on the board or a single click away. 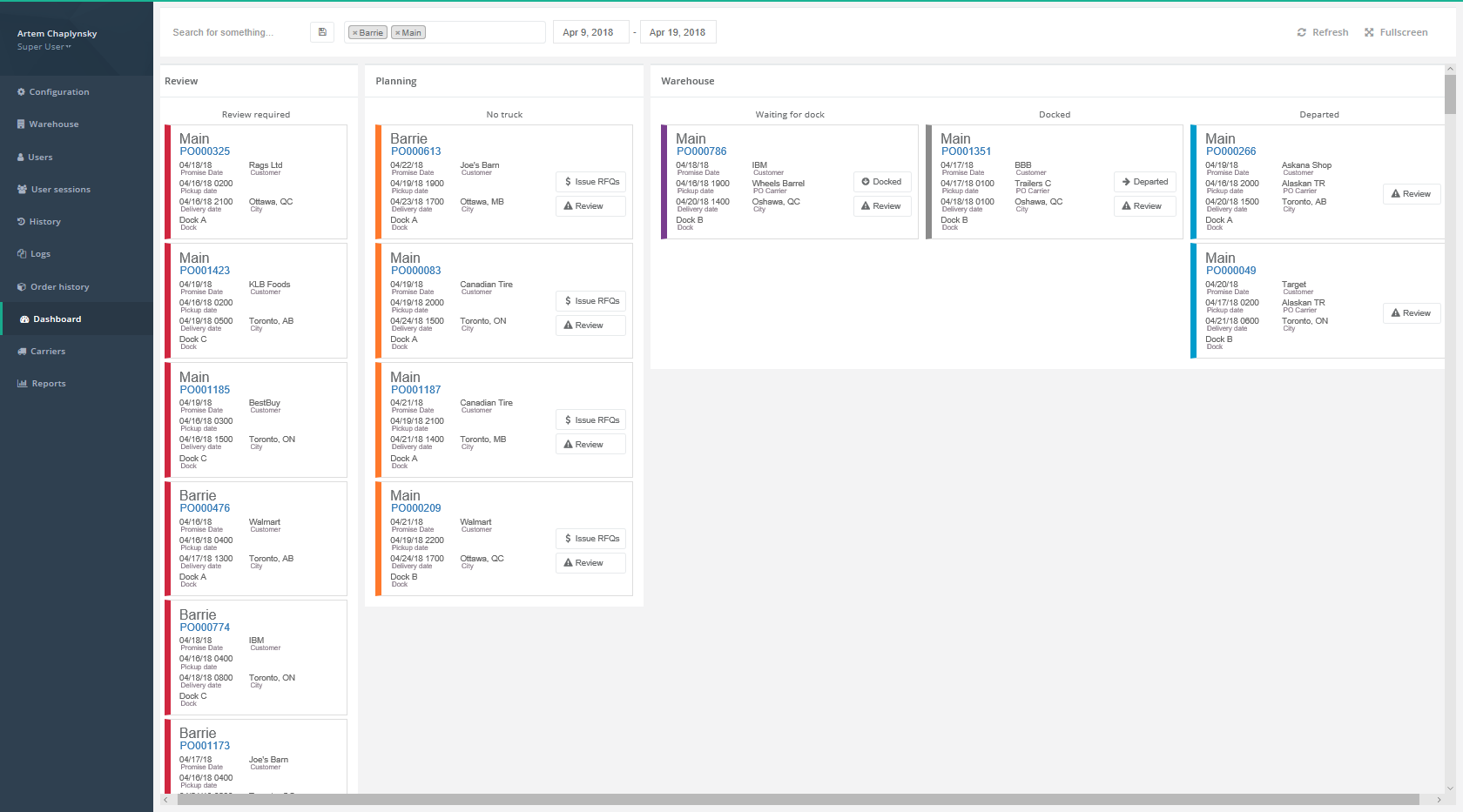